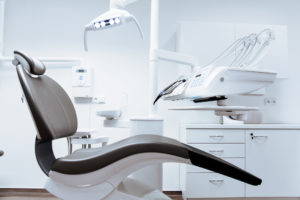 Dental Negligence Claims Against Practices: When Your Self Employed Dentist Leave

As a specialist dental negligence solicitor, I am often asked whether a claim can be brought against the practice that the dentist worked in, often because the dentist themselves are no longer practising or cannot be traced.

Dentistry appears to be one of the only professions in which its members qualify as self-employed from the day they start to practice. After dental training, the dentist’s first position within a practice will usually be as an associate dentist. This will mean that they have their own patient list but will share the costs of running that list with the principal dentist for a percentage of their income. This is the norm.

The practice itself is often run by a practice manager under a practice principal who will make many of the key decisions. For all intents and purposes, the associate dentist will be self-employed and will be personally responsible for dealing with their own tax and national insurance obligations and will also be expected to have professional indemnity insurance in place. As a specialist solicitor, I am dealing with more and more cases where associate dentists have failed to obtain adequate indemnity insurance or have left the practice and cannot be traced (usually escaping abroad) leaving ex-patients usually in pain and out-of-pocket, but with nobody to bring a claim against. This is wholly unfair. The question of whether practice principles are vicariously liable for negligent treatment provided by their associates has been examined in the case of Whetstone.

Mr Whetstone practised from Whelby House Dental Practice in Essex where he was the practice principal. Between 1998 and July 2009 the practice also had Mr Sudworth working within it as an associate dentist.

Mr Sudworth treated a patient; Mrs Lelliott, who made a complaint of negligence against him. Mr Whetstone rather unusually made a complaint to the General Dental Council professional conduct committee which included allegations against Mr Sudworth as providing care and treatment which was inadequate or in other words negligent. The subject of those allegations is not particularly relevant in this case but suffice to say that there were 10 counts of negligent treatment relating to 19 patients covering a period from 2000 to 2009. At the General Dental Council hearing, Mr Sudworth was represented and his representative admitted all of the charges against him. One of the allegations against Mr Sudworth was that he failed to have proper indemnity insurance from December 2004 until June 2009 and the decision of the committee was to erase Mr Sudworth’s name from the dental register, meaning he was no longer able to practice dentistry.

MPS wrote to Mr Whetstone to say that Mr Sudworth would not be covered for any treatment carried out during the period of lapse of his indemnity cover, meaning that he was effectively un-insured whilst treating certain patients. Reading the Court Judgement, it appears that Mr Whetstone was concerned with his own liability having terminated the contract between himself and Mr Sudworth in relation to negligent work carried out as Mr Whetstone was named as the practice owner and the partybound to deliver the services set out within a Denplan contract.

Mr Whetstone undertook the treatment of some 45 patients who were previously treated by Mr Sudworth at a cost of nearly £350K. Furthermore, Mr Whetstone wrote to each patient confirming that the work of Mr Sudworth was below standard and asked those patients to obtain independent legal advice. The outcome was that eleven patients commenced proceedings against Mr Whetstone and Mr Sudworth.

Mr Whetstone, in turn, issued proceedings against MPS seeking an indemnity from them against the claims brought by Mr Sudworth’s patients. MPS rejected the indemnity on the basis that any assistance was discretionary and did not extend to the acts of Mr Sudworth, and that Mr Whetstone had prejudiced any defence by writing to each of the 45 patients advising them to obtain legal advice.

In the legal documents, the claim was brought against Mr Whetstone for vicarious liability – the acts done by the employee (Mr Sudworth) are also attributable to the employer (Mr Whetstone).

Cleverly, Mr Whetstone then joined MPS to the proceedings brought by the patients and acknowledge that he was vicariously liable for Mr Sudworths actions. He sought another indemnity from MPS against the claims brought by the former patients. As part of the trial, HH Judge Seymour Q.C, sitting as a Judge of the High Court, had to decide whether Mr Whetstone was liable for the action of Mr Sudworth.

Mr Whetstone was criticized by the Court for failing to follow guidelines laid down by MPS to check that Mr Sudworth was insured for negligence, which it turns out he was not. Looking at the documents, the Judge found that the contract between Whetstone and Sudworth had a “degree of artificiality” about it. Crucially, Mr Whetstone controlled various actions of Mr Sudworth such as setting the fees charged to patients, the hours worked, his set holidays and the type of uniform that should be worn.

The Judge found that the relationship between Mr Whetstone and Mr Sudworth was “akin to employment” and as such Mr Whetstone was held to be vicariously liable for the acts of Mr Sudbury before him. The case opens the door for patients to question whether their treating dentist is self-employed (meaning that they have nobody to sue if it all goes wrong and the dentist leaves the Country) or whether they are employed by the dental practice. On the face of it, the question will boil down legally as to the element of control the principal has over the associate.